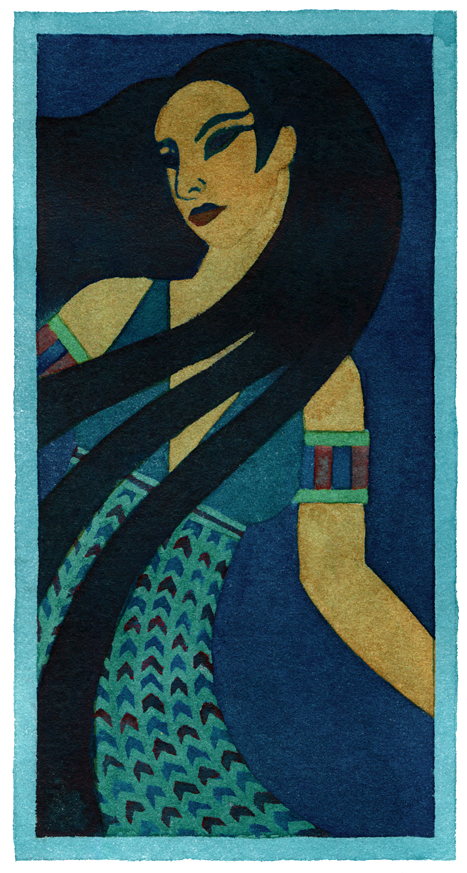 The original is quite small, only two by four inches; it's in colored India inks using white gouache as a resist, a tricky medium I've been experimenting with over on my Patreon. I was going for an Art Deco feel, but I'm not sure I quite got there, ha.
Posted by Thalia at 10:35 PM