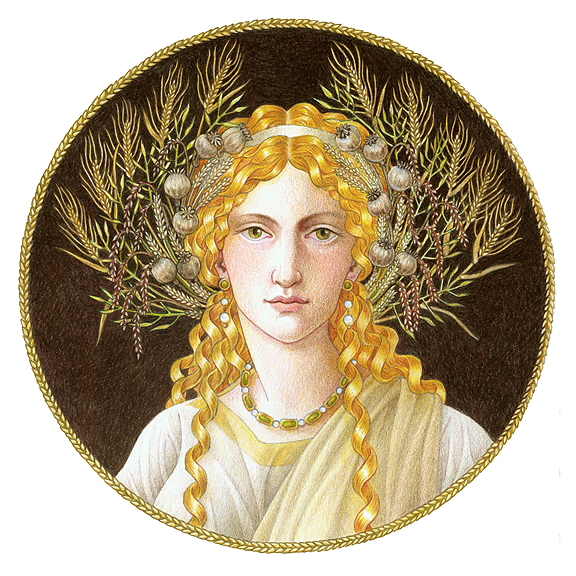 New art of Ceres, the Roman Goddess of grain; this was done as the monthly Goddess by Request for August over on my Patreon (hey, for $3 a month you can tell me what to draw!) This one is in colored pencil, in a bit of a different technique than my usual heavy thick blended layers. I was trying to keep it sort of ethereal, like indirect and reflected lighting on marble; I got it pretty close to what I wanted. I went with a sort of northern Italian look for Her because She is often described as a blonde to go with the golden wheat that is Hers. She is wearing the corona spicea or wheat crown, though only the outside layer of grain ears are wheat: the droopy light brown ones are spelt, and the inner pale ones barley. The crown also has dried poppy pods and ripe rapeseed, from which canola oil is made (mentioned by an ancient author as a crop to be blessed by Ceres).

It's always fun to compose for a tondo (the circular composition that was quite popular in the Renaissance); I shall definitely have to do more of them. The original is about eight and a half inches in diameter, in Prismacolor colored pencils on bristol board. And again, I've put this one up as a print over on my deviantArt page, in case anyone's interested.
Posted by Thalia at 11:47 PM 2 comments: Links to this post

Ceres, Venus, and Juno, to be exact: 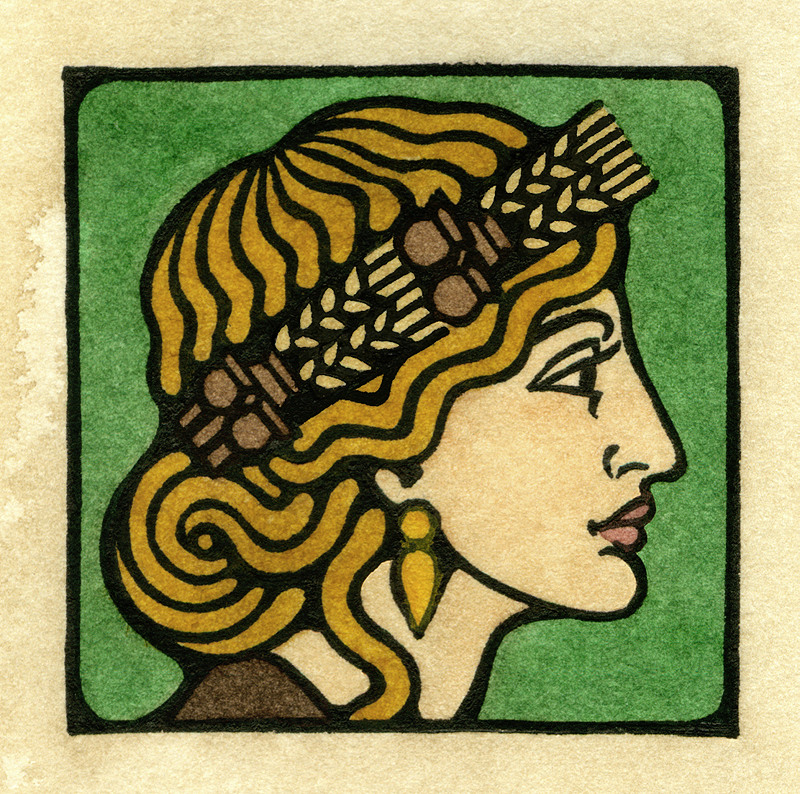 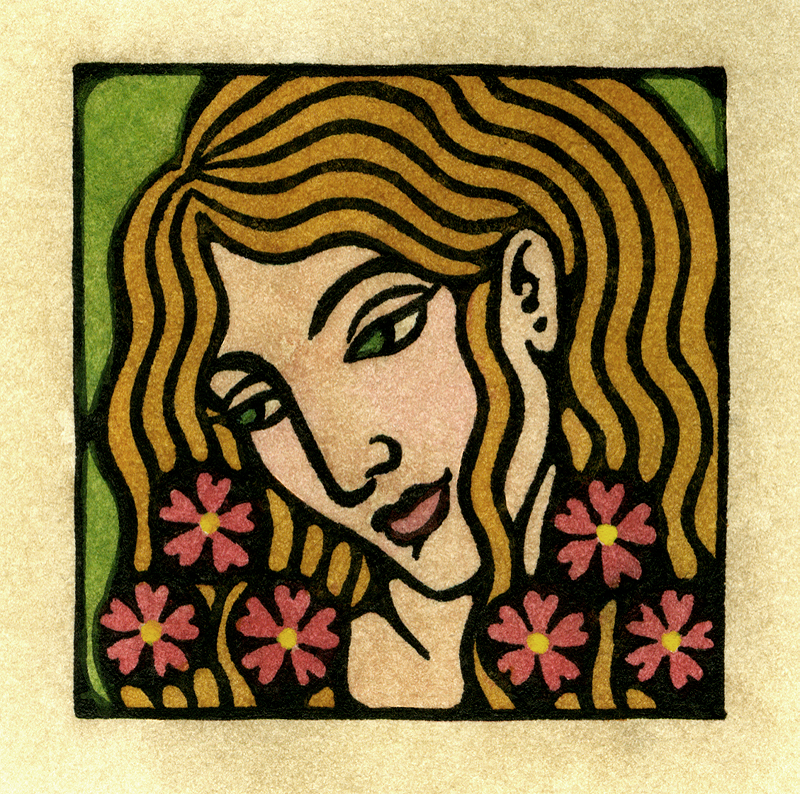 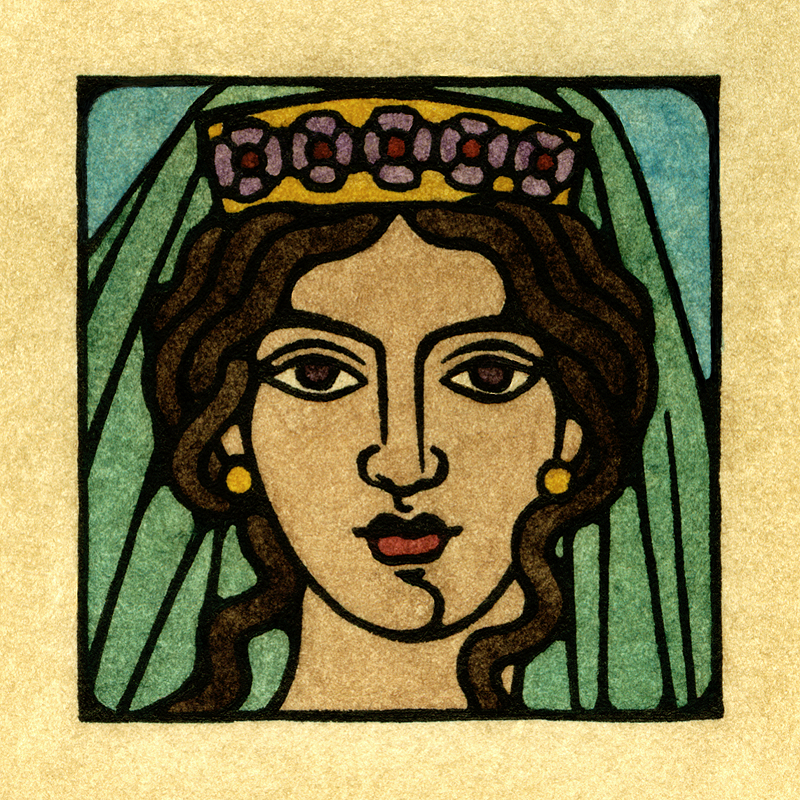 They're not meant to be a series, but since I've made more than two now I suppose they technically are. I did them mostly as a lark (okay, as procrastination!) and they really are very small, just an inch and a half square. They're pen and ink with watercolor, and are meant to look sort of like Art Deco woodcuts. Not sure if I quite got the effect I was after, but I do rather like them.
Posted by Thalia at 11:34 PM No comments: Links to this post

Finished Hekate of the Crossroads

It took me a while to get back to this and tweak it (the file is giant and kind of a pain in the arse, honestly), but here's the colored version of it. I'm mostly happy with it, though it didn't want to scan as well as I'd like and I may still not be entirely happy with it, ha. But here it is.

It's in black colored pencil with acrylic inks over it for a deep dark layered look.

It was originally done as the Goddess by Request over on my Patreon in May.

And as usual, I'm offering a print of this over on deviantArt in case you need a copy of your very own.
Posted by Thalia at 11:25 PM No comments: Links to this post